This time nine years ago we were heading back to university for our last semester as students. I should probably clarify that a bit; while 2010 was indeed our last semester we had both become somewhat disillusioned with our degree courses. Verity was studying Fine Art while I was studying Film Production. I’d decided early on that the film industry wasn’t for me and Verity had realised that her course was really just a case of going out, creating something, then bringing it to tutors who had little credibility themselves for feedback. So when I say we were ‘heading back to university’ it was really more like going in, finding out our assignments and getting back out with our cameras as quickly as possible. While we didn’t get a lot out of our courses, we did both come away with an overwhelming love for photography and the knowledge that we wanted to turn our passion into a career. 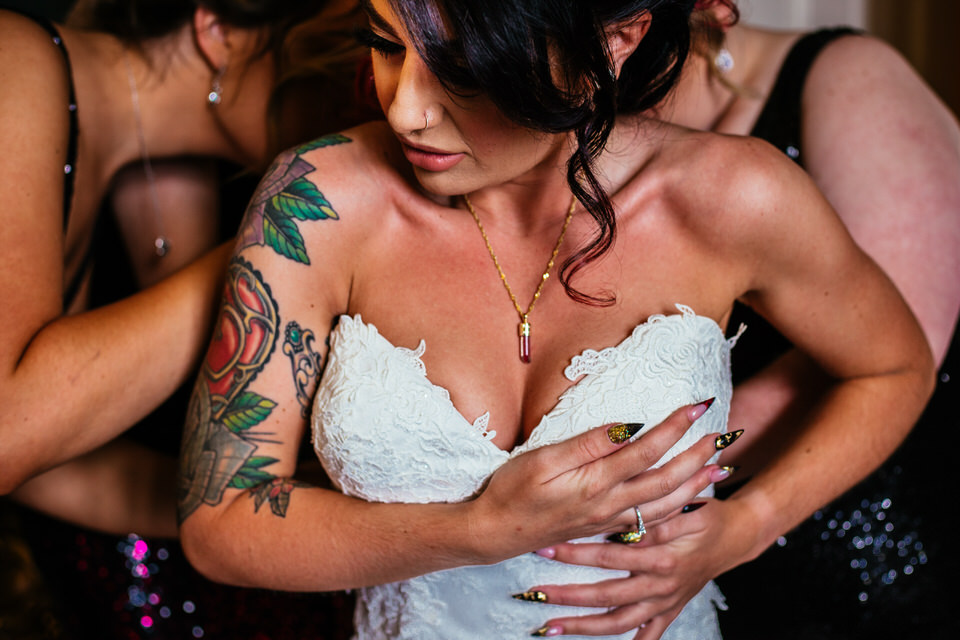 In the months that followed, we did just that. In April 2010 we set up a website, at the time Verity didn’t like the idea of wedding photography so it was going to be just me. I’d realised that my degree in Film Production didn’t leave me particularly qualified for much other than self-employment or a career in teaching. After a couple of solo weddings V came along to a lovely little elopement and got the bug. That’s when Sansom Photography was born and when we both realised that we’d stumbled upon a job that we loved. Of course, we loved having an excuse to buy camera’s and lenses, not to mention the fact that our ‘job’ was paying for our hobby – that’s the dream right?

Over the next 7 years we would shoot over 300 weddings and along the way get caught up in everything that comes with this incredible industry. From shooting local budget weddings to photographing incredible weddings around the world, attended by celebrities, politicians and even royalty. The funny thing is that by the time we got to where we THOUGHT we wanted to go we had lost the passion that we once had for photography. It didn’t happen overnight, yet it felt like one day we woke up and realised that we just weren’t taking photos outside of work anymore. Our job was just that – a job. 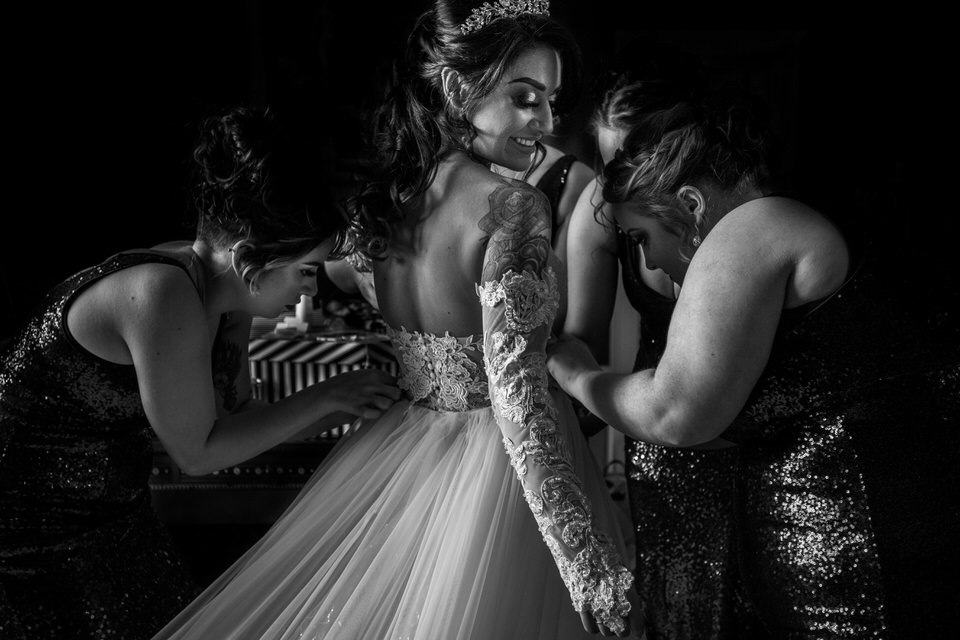 That’s the problem with an industry like wedding photography, it starts out as a hobby or a passion, then becomes a job. Obviously having a career you love is great, but realising that your hobby looks very different when it’s your day job often takes a while. Even when you do it can be difficult to manage.

In 2017 we had a big year lined up, with talks at the incredible Mystic Seminars in Portland and the equally fantastic Wedd Camp in Romania. We were also shooting abroad for engagement shoots and weddings and ended up taking more than 20 flights in 6 months. By the time the wedding season was cooling off in 2016 and we were finalising our talks for the following year we realised that we just weren’t excited about what we were doing anymore. We’d started traveling abroad for work in 2015 and by the time we wrapped up the wedding season in 2016 we had only had one or two ‘local’ weddings the whole year. The rest of the time was spent in hotels worrying about equipment, backups and whether the pet sitter was looking after our cats and dog back at home.
It was around that time we realised we needed to make a change. For us, the awards and international recognition just wasn’t what we wanted anymore. We wanted a steady income, time at home and, most importantly, time off! 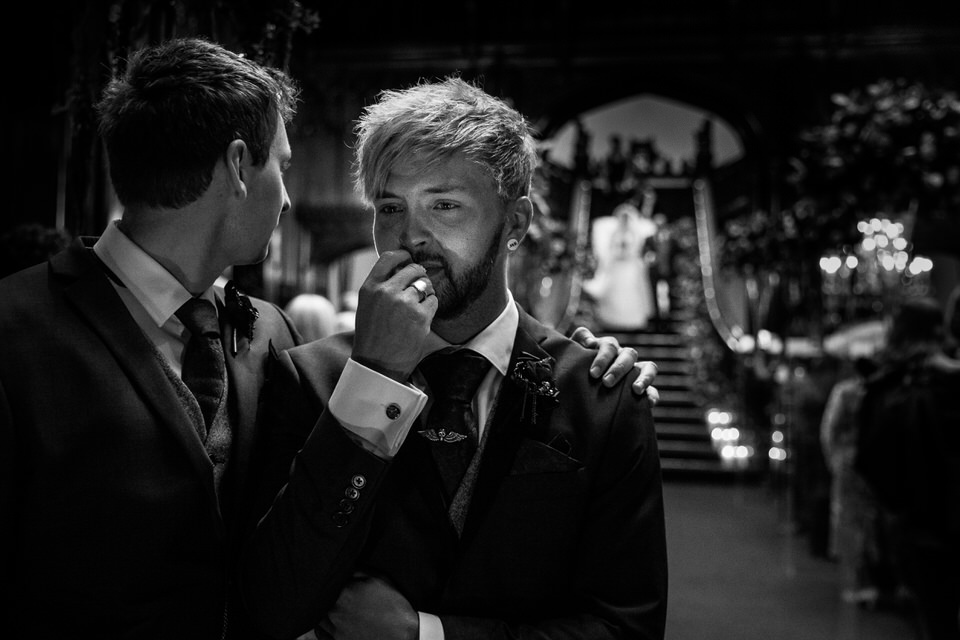 Everyone’s looking for different things when it comes to their work/life balance, but there are a few things that we did that really changed things for us.

It always felt like such a painful thing to do but outsourcing our editing was an absolute game changer for us. Weddings went from a 4/5 day edit to half a day to go over and fine-tune the edits. We took a step back and looked at what each wedding would cost us to have someone else edit it, then looked at the time we would save. I’ll be totally honest here and say that Verity has always done all of our editings! When we did the sums she was essentially getting ‘paid’ less than minimum wage to edit the weddings. We’d spoken to Daniel and Davina Kudish a few times and – like many in the industry – had learned an incredible amount about editing through their techniques. We got in touch with The Image Salon and within a few weeks, we were completely happy leaving them to edit everything we shot. 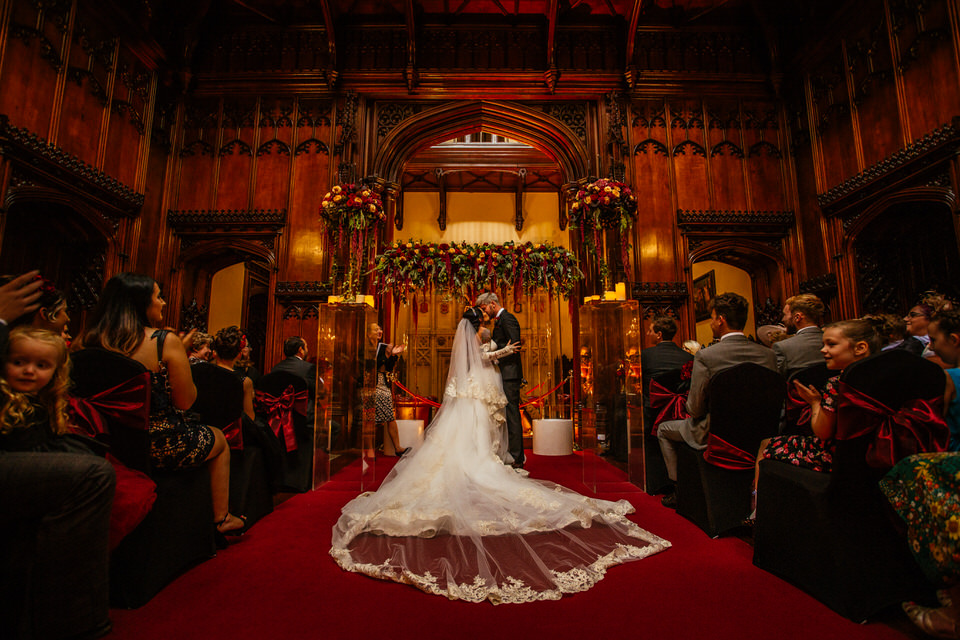 I’ve spoken to plenty of photographers who don’t agree with outsourcing their editing and I always say the same thing. Nobody is stopping you editing, outsourcing just gives you the freedom to choose what you want to edit. You can work on the photos that really excite you and spend more time on your award entries or blog posts. All of that whilst safe in the knowledge that your deadlines will all be met and that you won’t have to spend hours twiddling with sliders. For us, that meant that Verity started really enjoying editing again, spending time on what she wanted to and working on photos that she chose. Ultimately as wedding photographers, there is always going to be a certain amount of ‘standard’ shots. From groups to detail shots. That’s not to diminish the importance of those images at all, in fact, I would argue that the shots we see week in, week out actually get more attention now than before. It’s simply to point out that, given the choice, we would much rather put our efforts into the shots that make us excited about photography.

Decide what you want

We love the fact that our ‘job’ has taken us around the world, to places we would never have expected to go. That said, we realised that shooting and working abroad is very different from taking a holiday abroad. We were in a hotel room on another continent arguing about where we should hide our 4th backup hard drive when we decided that we would limit the amount of travel we did. That allowed us to enjoy the travel that we did do but, most importantly, it gave us back the days either side of the weddings that we would normally spend traveling. For us, that meant time in the countryside and time with our pets! 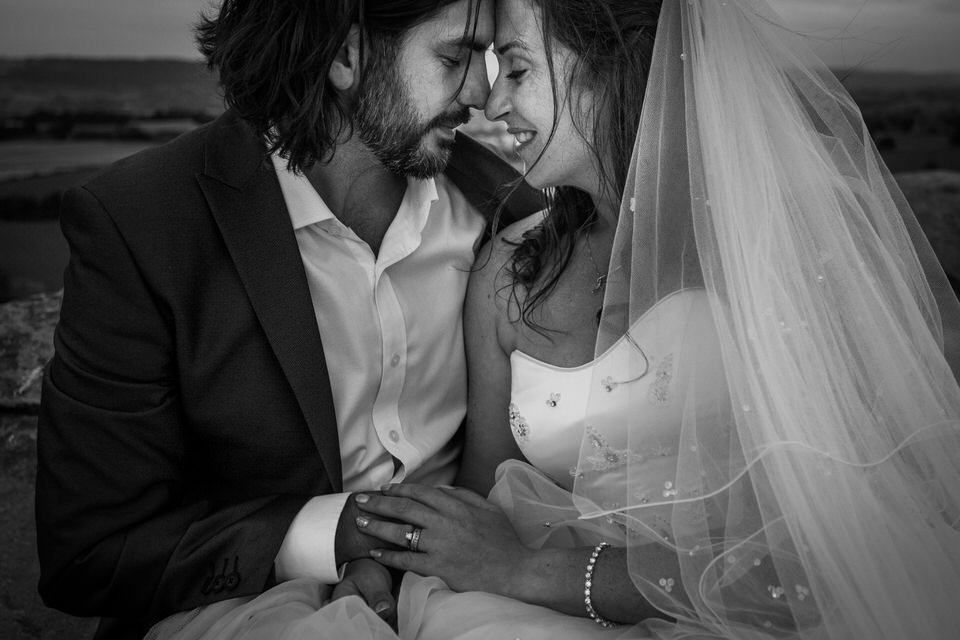 Oh, and in case you were wondering we ended up stashing the hard drive behind a canvas print in the hotel.

Everyone’s different, so while we decided that we would focus on working closer to home, for you that might be a conscious decision to work AWAY from home. The most important part is taking a step back and looking at what you are doing at the moment, what makes you happy and what doesn’t? Forget everything else, forget the external validation. Ultimately by deciding to focus on what makes YOU happy your business can only win. Clients can always tell when you don’t want to be there!

Don’t be afraid to start again

For so many people wedding photography is a bit of a ‘ladder’. You start off with the budget weddings and work your way up to the big money gigs. The problem for a lot of people is that they go where the money is, it’s hard not to right!? In the UK that often means working in London. That’s not to say there aren’t big budget weddings all around the UK, but I’d wager a guess that the average spend in the capital is somewhat higher than the rest of the country. That means there are more potential brides there than anywhere else and let’s face it, when a couple love your work and have their deposit ready to go it’s hard to turn down! 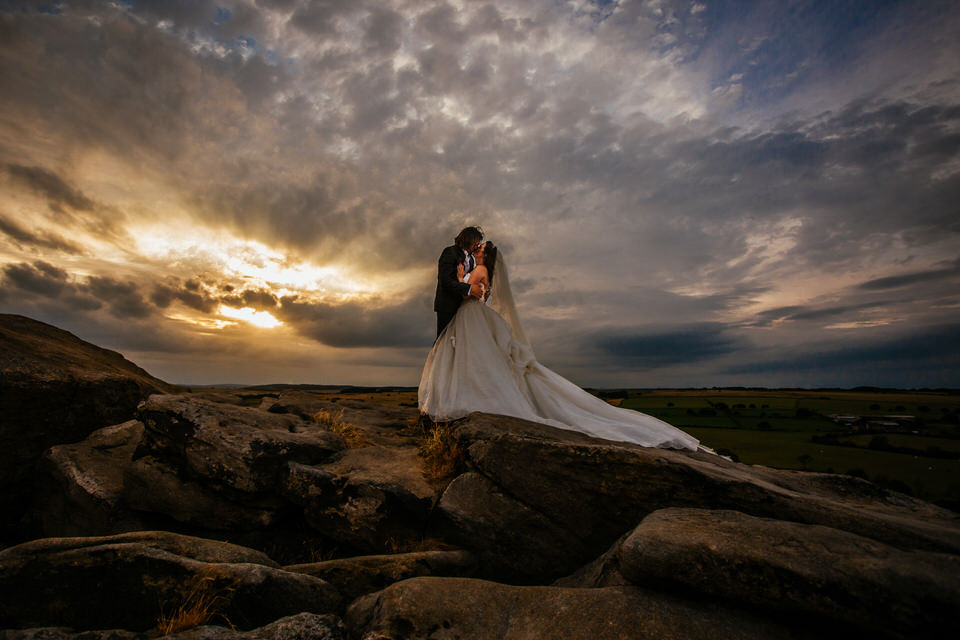 After 7 years in the industry, we found ourselves taking the 4 hour trip down the motorway a few times each month. I remember going to a local photographer’s meet up and finding that most of the photographers there thought we were actually based in London because we worked there so much. It was then that we realised how our website had organically evolved over the years, our blog accumulating weddings from all over. We were essentially putting out the message that we worked in London a lot!

So we started again, we went over our blog, cut down the number of southern weddings and altered our website to make it more obvious that we were based in Yorkshire. We also started getting a lot more selective about the weddings we would take on outside of the North of England. We made ourselves some rules. It sounds silly but once we’d set the rules they were surprisingly easy to stick to, it just became a company policy so to speak. 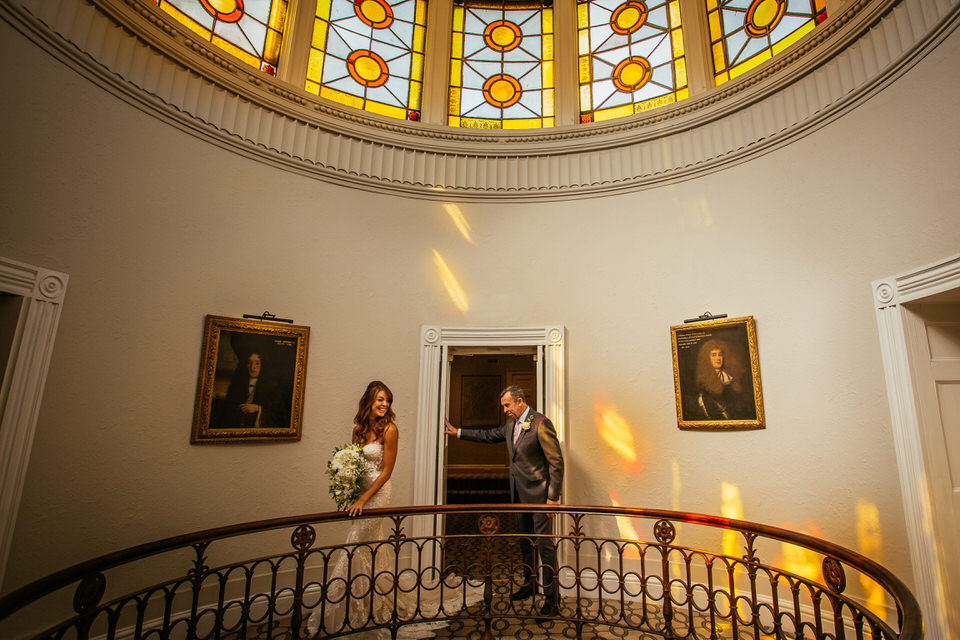 Our rules were simple – a capped number of weddings abroad. A capped number of weddings more than 2 hours from home. Once we hit those caps that was it, we would just say we were booked! The other ‘rule’ we introduced was that we wouldn’t shoot back to back weddings. Why? Because we hated them! We never looked forward to the idea of finishing late, getting home to backup the images before we had to get up early and start over again. We also felt like that wasn’t really fair on our clients, as back to back weddings couldn’t possibly get the same excitement and commitment that other weddings would.

At first, we thought that we would struggle to get enough bookings, yet somehow we still booked the year exactly as we always did. The only difference is that we got to stay at home more. We gained back so many days that we would otherwise have spent traveling. 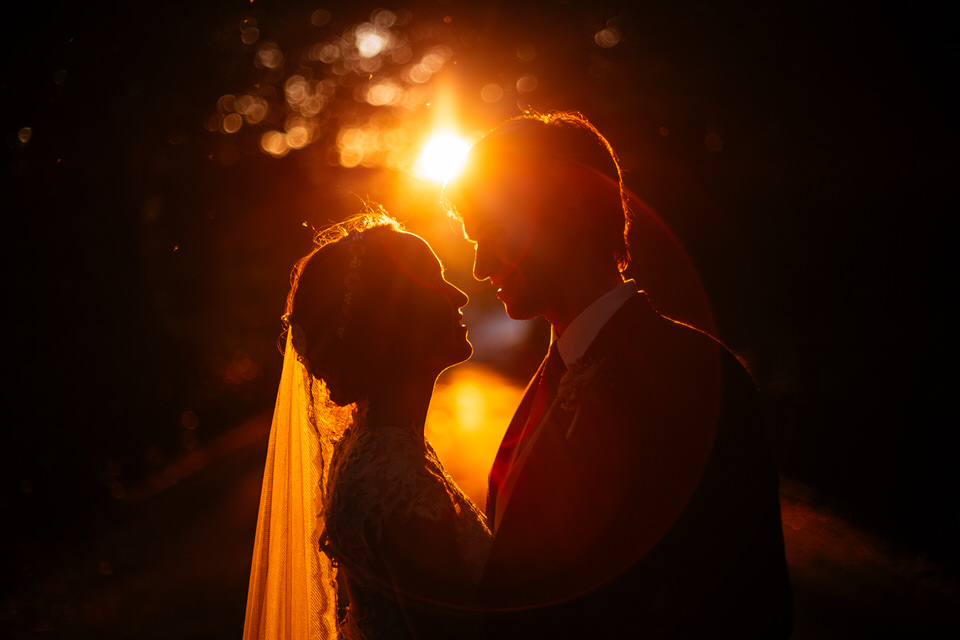 For some, starting again can mean lowering prices a little, back to where you were comfortable before. For others that means breaking down their style and looking at what excites them in terms of creativity. Whatever it is for you, the most important thing to remember is that YOU are in control. You made this business, now make it work for you!